ALL THE NEWS THAT'S FIT TO JOLT!

Hey, kids.  It's been way too long since my last update.  I shall endeavor to do better.

Things have been busy at Castle Joltinstein.  FOUR NORSEMEN OF THE APOCALYPSE, the original graphic novel I'm doing with Matt Sturges, creeps along at a glacial pace.  I should have the art finished by May/June.   Here's a recent page. 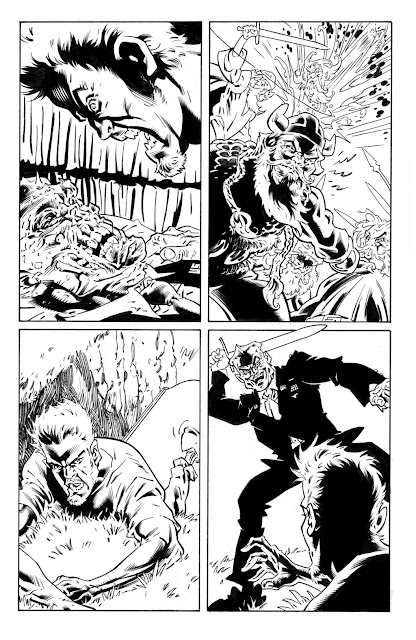 I've also squeezed in the odd doodle for shits and giggles.  The following is for the anthology Bad Karma.  My pals B. Clay Moore and Jeremy Haun are a couple of the big brains behind it. 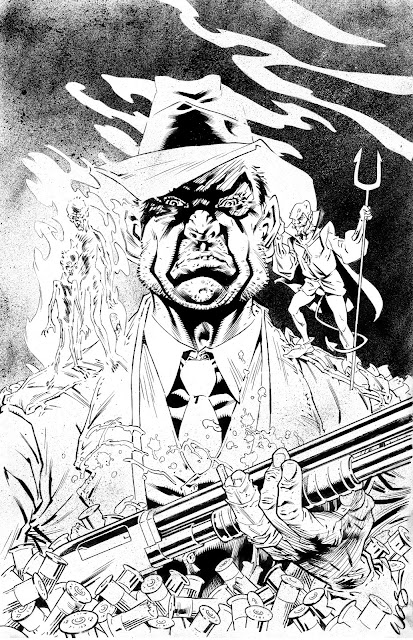 The next one is for a funnybook, Man of God, created by a group of Arkansas creators.  It's to be used as an alternate cover.  I think it's cute they think an alt cover by me will mean two shits to anybody but my wife and my mom.  It's my understanding dogs don"t recognize two dimensional images.  So, my best pal, Rocko, won't even by one. 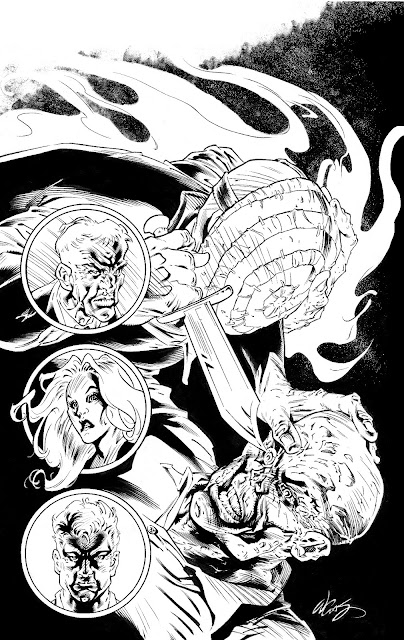 This next little gem was done for Fort Worth Burrito Project.  They sell burritos to raise money to feed and clothe hobos.  Why they don't just give the burritos to the hobos is beyond my understanding. While I'm knit-picking I'm not crazy about the name.  I'd call it Hobo Trough. 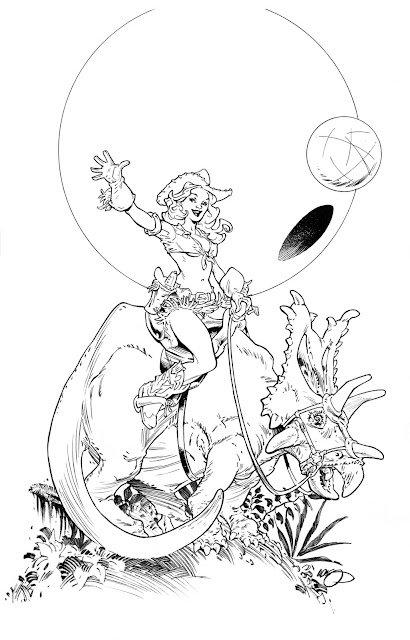